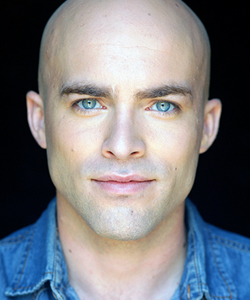 Carl Herzog is returning to Kokandy after performing in Tomorrow Morning last year. Other Chicago credits include: My Way: A Musical Tribute to Frank Sinatra (Theo Ubique) for which he received a Best Supporting Actor Jeff Award Nomination, “Stanley” in A Streetcar Named Desire (Jedlicka Performing Arts), Macbeth (Stone soup Shakes) Cymbeline (Muse of Fire), and Downrange (Genesis Theatrical Productions). Other credits: “Billy Flynn” in Chicago and “Big Jule” in Guys and Dolls (New London Barn Playhouse), “Bobby” in Crazy for You, “Claggart” in Billy Budd, “Tony” in West Side Story, “Beast” in Beauty and the Beast, and “Radames” in AIDA (Mcleod Theater). Carl is very excited about two independent feature films he is working on, look for them in the next year; Ace-High and The Contract. Carl is proud to be represented by Big Mouth Talent! Thanks for coming and enjoy the show! Carl would like to dedicate this performance to John Frederick Herzog III.

Click here to return to the Little Fish page.