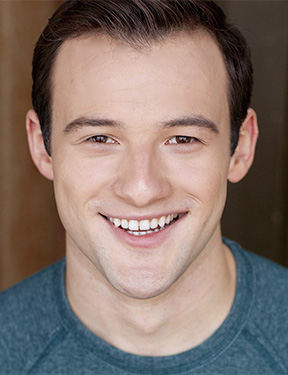 Jeff is thrilled to be returning to Kokandy Productions for Grand Hotel! Jeff previously appeared in Kokandy’s Bonnie and Clyde this past fall. Other recent credits include Newsies, She Loves Me, How To Succeed… (Marriott Theatre), It Shoulda Been You (Actors Theatre of Indiana), and Forever Plaid (Tent Theatre). He also performed in the cabaret A Shot of Rodgers With a Twist at Joe’s Pub in New York City under the direction of Sutton Foster and Michael Rafter. He is a proud graduate of Ball State University, where he earned his B.F.A. in musical theatre.